The legacy of modern planning has left us with a stock of high density housing and adjacent open space nearby to existing transit. As compared with the low-density suburbs with typify North America, this is an advantageous starting point for the creation of a connected and sustainable region.

As described by planner Hans Blumenfeld, the idea of 1960s development was to minimize commuting by creating self sufficient macro neighbourhoods; providing housing of all tenures in proximity to major employment, and accessible through both private and public transit.

This is evident throughout the City, especially north of the 401, where strips of industrial zones and residential neighbourhoods bounded by concession roads define the City from east to west.

Key to these planning goals was the provision of significant apartment housing, providing both housing for all classes of workers as well as sufficient density to support transit. A feature in nearly all post-war communities, many of the areas we’ve been examining in the past weeks, consist of apartments in their entirety.

Today, despite the intent of self-sufficient communities, these vast areas of the city have become increasingly fragmented and disconnected. In the past decades, places of residence and employment have become disjointed and current transit lines, like the University-Spadina line, are noteworthy for the lack of service they provide to apartment neighbourhoods, which rely primarily of surface bus routes. Communities themselves, built at the scale of the car and consisting of vast areas of single use zoning, are not meeting the evolving needs of diverse resident communities increasingly going elsewhere for retail and community services.

None the less, if it wasn’t for these high-density clusters, transit would not work within Toronto’s vast post-war communities, and to accommodate the same population our region would be significantly more sprawling.

The City’s bold ‘Transit City Plan” aims to knit these areas of inherited high-density together with rapid transit; several lines of which are already in the EA process. The strategy proposes building a series of light rail lines along the Toronto’s busiest surface routes, creating a transit grid from the arterial network. These lines also correspond directly with Toronto’s apartment clusters.

Major transit investments of this kind will be a catalyst for neighbourhood renewal. The inherited density of apartment neighbourhoods provide the ridership base to make new transit work. Thoughtful mixed use developments within these areas would not only support transit, but also enable dynamic neighbourhoods at the base of buildings for the use of apartment dwellers and the community at large. 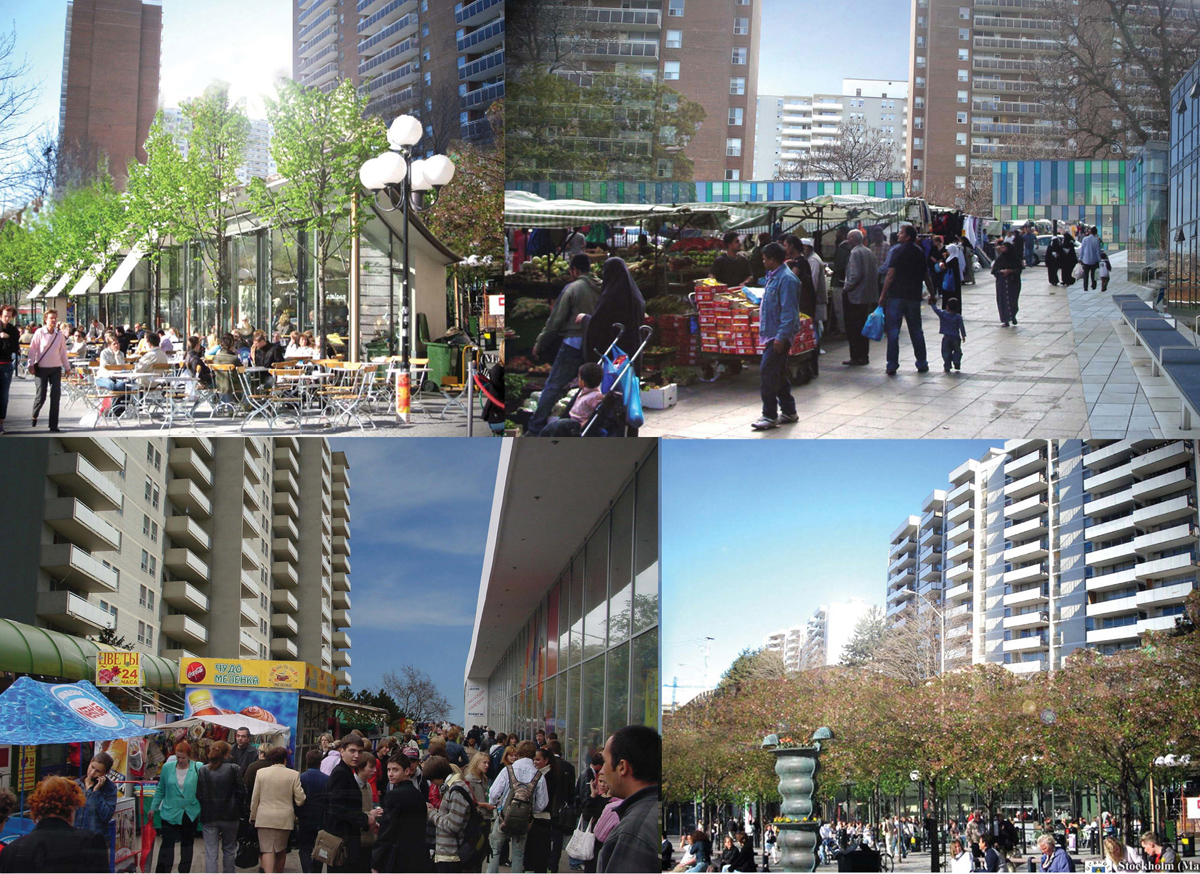 Much like the successful urban nodes along the Yonge line, if given the proper tools, Toronto’s apartment neighbourhoods throughout the City could evolve into vibrant, mixed used, self-sufficient and sustainable communities.

Written by Graeme Stewart, and Michael McClelland. This article first appeared in Novæ Res Urbis (NRU). ERA is contributing articles to NRU on a weekly basis about the Toronto Tower Renewal project.