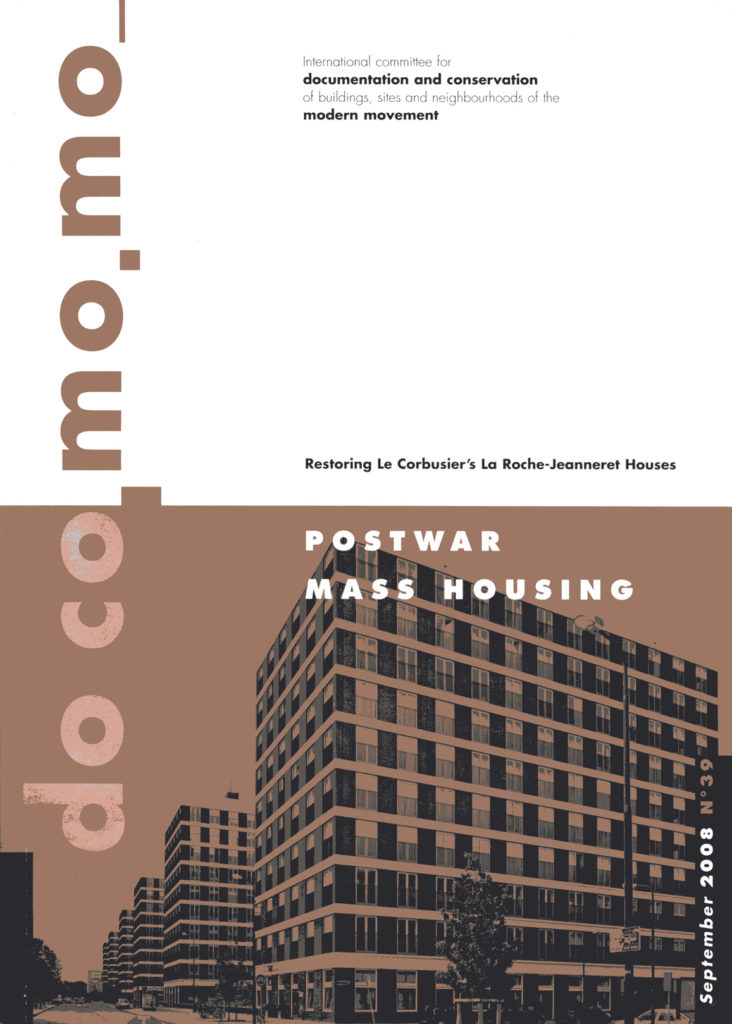 “..In Toronto…the continent’s private enterprise-dominated housing system, when coupled with a structure of strong regional planning  dedicated to the fostering of high-density ‘hot spots’ in the centre and periphery, succeeded in generating a landscape of massed towers and slabs in open space, almost rivaling the USSR in consistency and grandeur ”._ Miles Glendinning
Introduction to the Docomomo Journal 39

The Docomomo Journal’s 39th issue is dedicated to post-war mass housing. From the Docomomo lens of ‘documentation’ and ‘conservation’, the issue provides a varied perspective of this global phenomenon, including, among others, articles exploring the tower block legacies of France, Russia, Brazil, Singapore, as well as Toronto.

Toronto, an anomaly in North America, fits within the canon of aggressive tower block housing development found the world over. Built within the free market Canadian context, Toronto’s history of modern housing adds its unique contribution to this 20th Century story.

Issue 39 was guest edited by Miles Glendinning, director of the Scottish Centre for Conservation Studies and professor of Architecture a the Edinburgh College of Art. He is also the co-author with Stephan Muthesius of Tower Block: Modern Public Housing in England, Scotland, Wales and Northern Ireland.

In his introduction to issue 39, he suggests, that as “previously occurred around 1960-70…[where] the once utterly reviled nineteenth century urban landscape of Europe suddenly become accepted as much-loved vernacular’, our inherited modern housing may find a new relevancy within the opportunities and challenges of 21st urbanism.

The Docomomo 39 Introduction, “Ennobling the Ordinary, Post-War Mass Housing and the Challenge of Change” by Miles Glendinning can be found here [pdf].

The Dcomomo 39 article “The Suburban Tower and Toronto’s Legacy of Modern Housing” by Graeme Stewart, can be found here [pdf].

Visit Docomomo International to order the full issue or become a member.

About Docomomo:
Docomomo International is a non-profit organization founded in 1988, dedicated to preservation and education related to the works of the modern movement. Headquartered in Paris, Docomomo includes 52 chapters and more than 2000 members, from Europe to Japan to Australia, and to North and South America. In their variety of cultures and experiences, the chapters represent the true richness of Docomomo International.