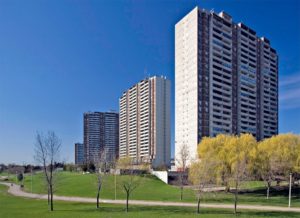 ould Toronto’s aging concrete high-rises be North America’s most promising new frontier for sustainable suburban development? A new City-backed plan is banking on it. The Mayor’s Tower Renewal aims to turn the greater Toronto metropolitan area’s 1960s apartment blocks into a 21st century resource, around which sustainable, walkable, mixed-use suburban hubs of community and economic opportunity can be built. In so doing, Toronto could create a model of successful density for the rest of the continent, and perhaps for the world.