A NOW Magazine article on the walk can be found here.

Photos from the walk by Jesse Colin Jackson

Perhaps the two physical features that distinguish Toronto are it’s extensive ravine system flowing throughout the city, and it’s heritage of nearly 1000 high-rise ‘tower in the park’ apartments found throughout the region. On Kipling Avenue, north of Finch, these two features merge, creating one of Toronto’s most unique neighbourhoods.

Home to thirteen thousand living in nineteen towers, it is one of Toronto’s largest apartment clusters. Arranged along the Humber Valley, these towers sit in an almost agrarian setting. The result is what may be the uniquely Toronto phenomenon of the ‘Tower on the Ravine’.

Twenty kilometres from downtown, the area’s apartment clusters have nearly three times the density of a downtown neighbourhood like the Annex. Home to same number as Port Hope Ontario, the area is a city within a city.

On May 3rd, a walk has been organized in this remarkable area of Toronto, hosted by ERA Architects, along with geographers, community leaders, city staff and more. The tour will focus on the tower neighbourhood and its relationship to the Humber Valley. It will also discuss the potential evolution of this neighbourhood through the lens of the Tower Renewal Project – an initiative promoting vibrant, self-sufficient and sustainable apartment neighbourhoods across the region.

More information on the walk can be found here.

About Jane’s Walk:
Jane’s Walk is a series of free neighbourhood walking tours that helps put people in touch with their environment and with each other, by bridging social and geographic gaps and creating a space for cities to discover themselves. 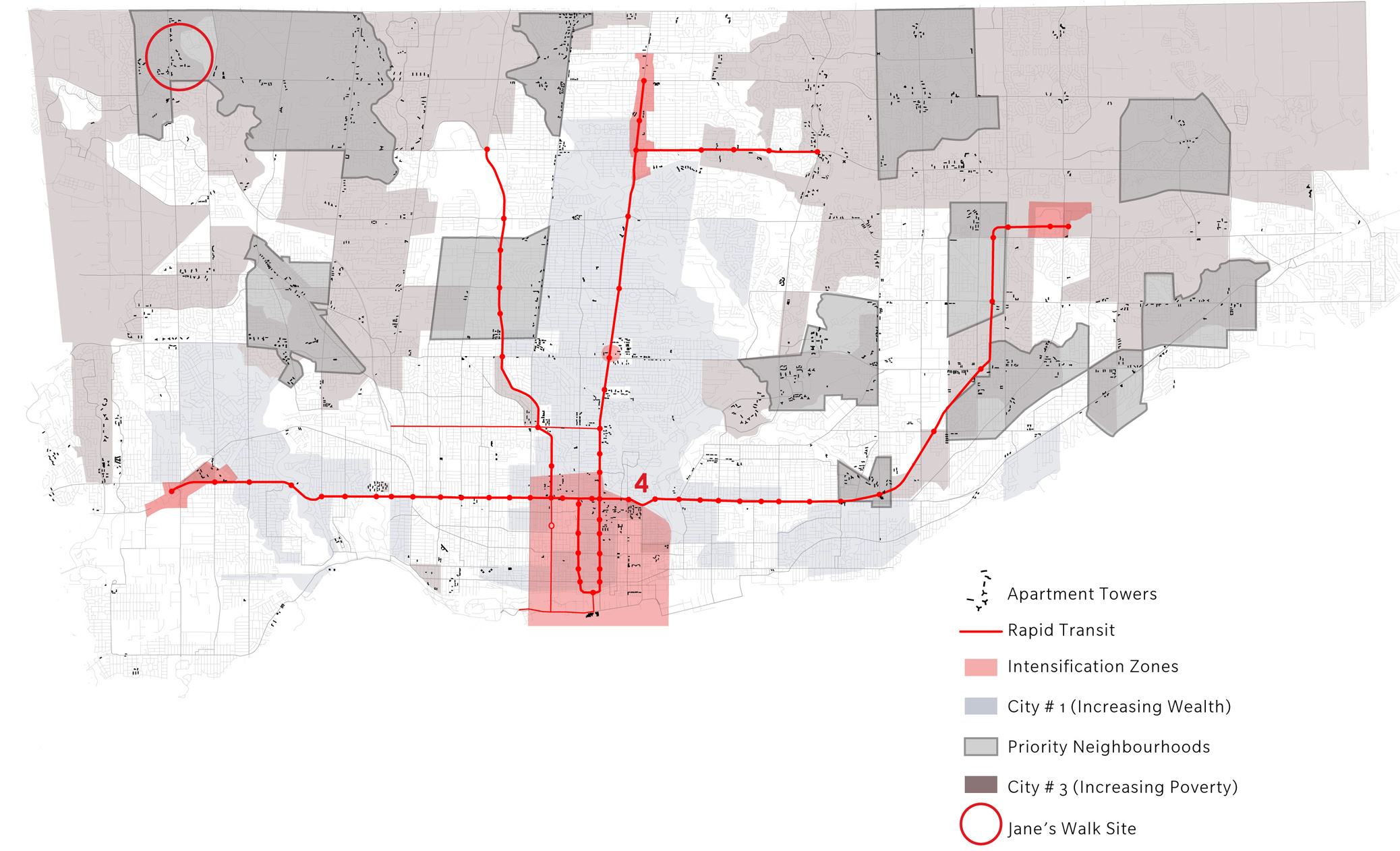 One of four pilot sites chosen for Mayor’s Tower Renewal, Kipling and Steeles is located in the City’s north west.

Towers along the Humber Valley sit in a pastoral setting; however in many cases fences prevent easy access to the ravine. 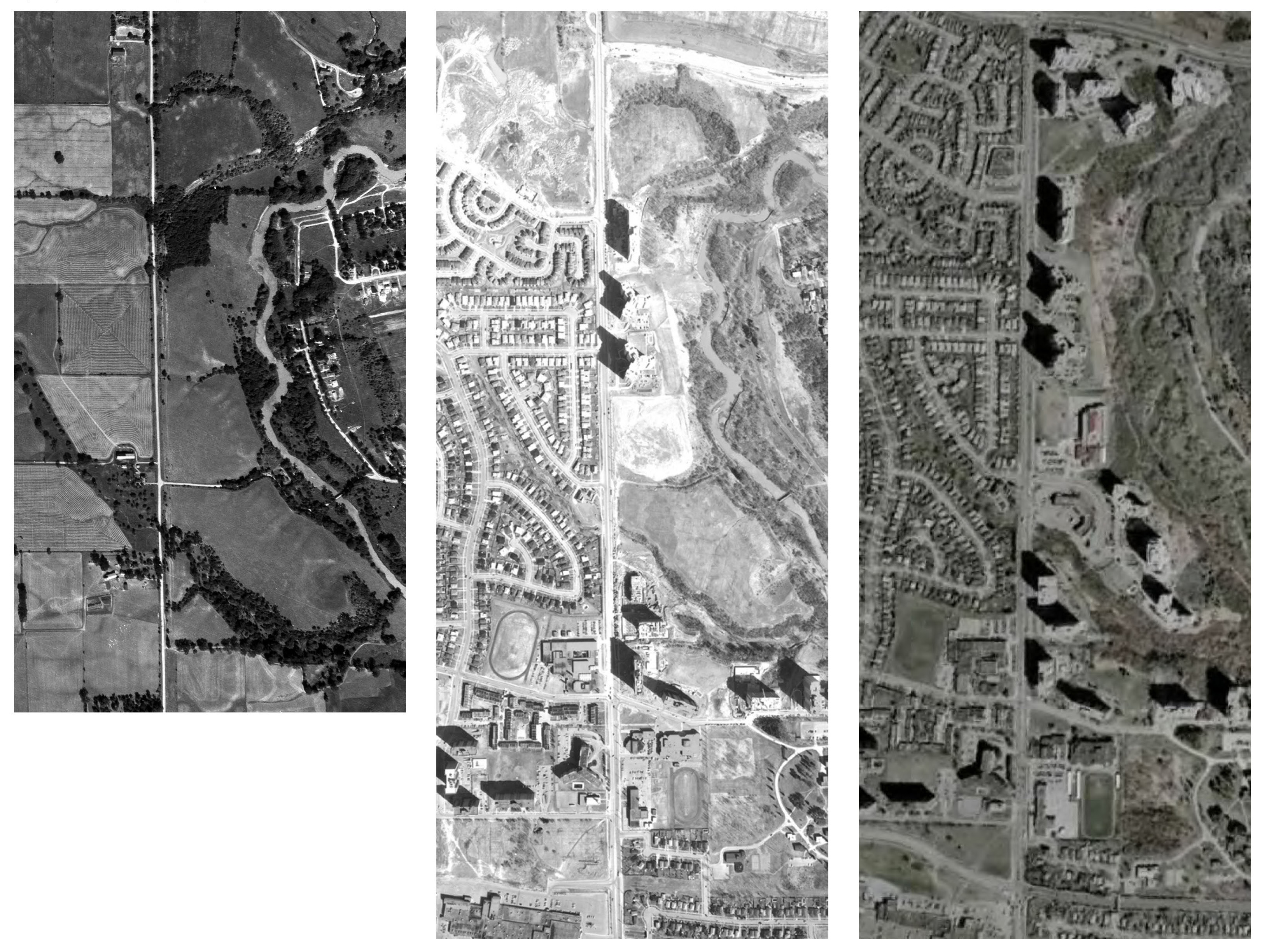 Built in several waves (seen here in 1954, 1978 and 2008), the area, formerly farmer’s fields, is made up of a combination of modern apartment, condos, and post-war bungalows.

A product of 1960s planning, the area is defined by it’s separation of uses. With a mostly residential strip along Kipling, and areas commercial core is found in the Albion Centre to the south. Chain link fences also predominate between properties. 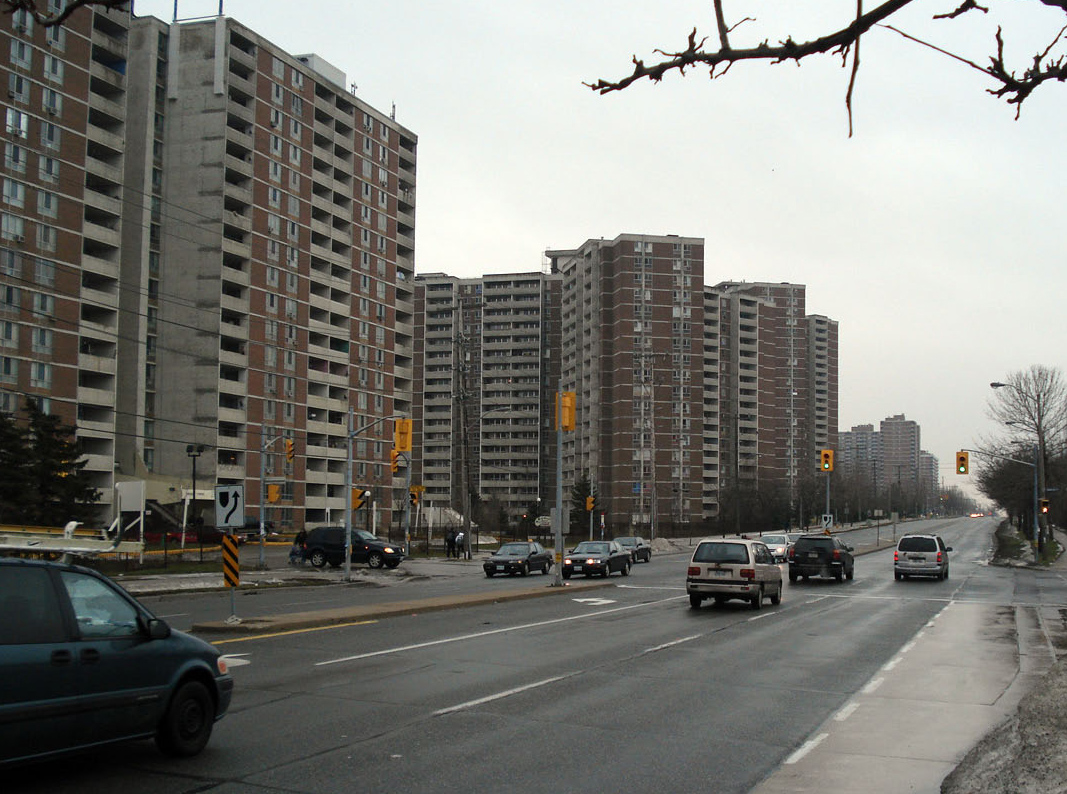 Kipling Ave largely divides the area by housing type – the curving streets of a low-rise community to the west, and a street wall of high-rise apartments along the east. 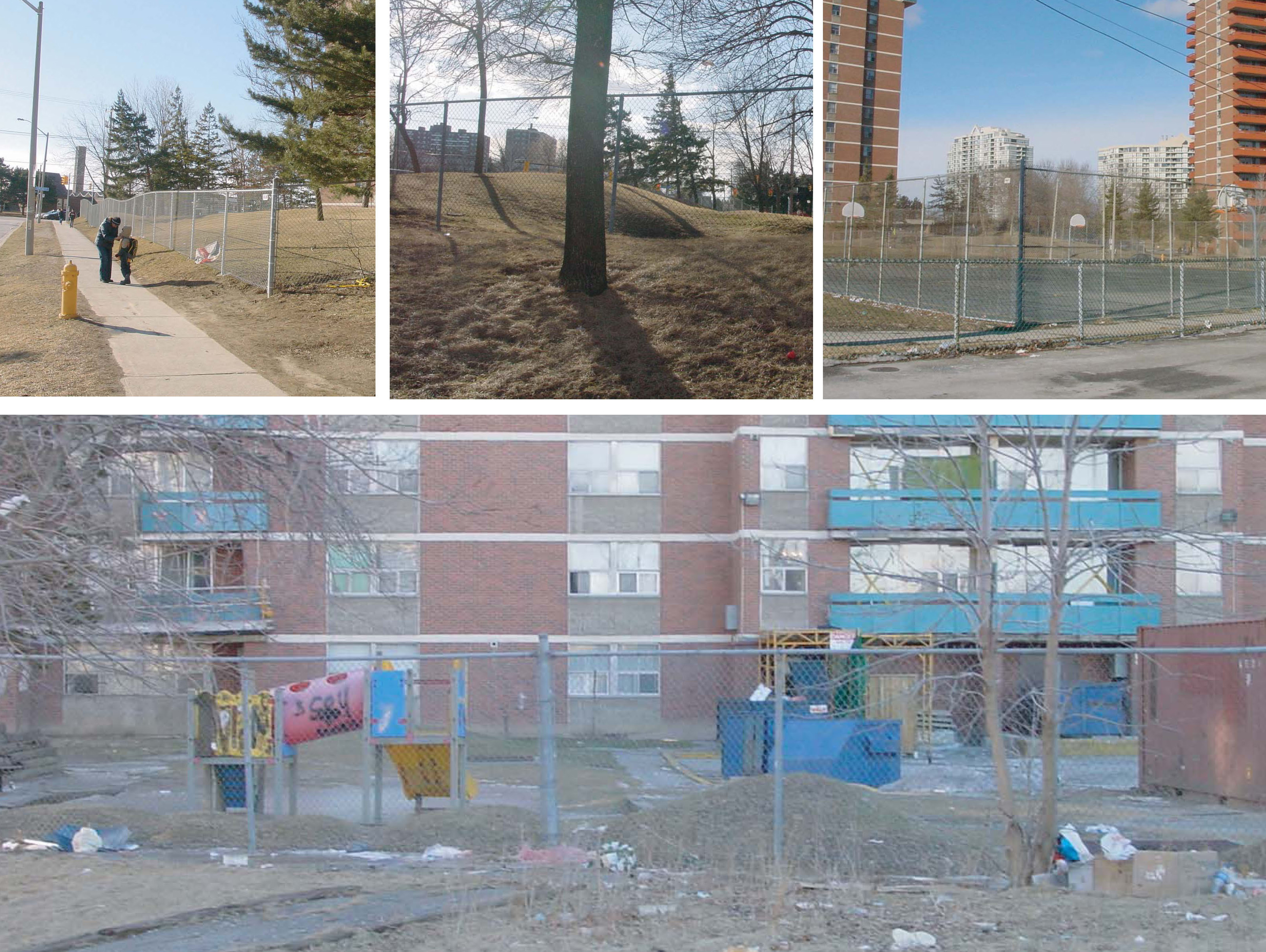 Separated spaces and a neglected public realm create challenges for the neighbourhood.

Apartments along the crest of the Humber valley provide spectacular views of the region – with downtown visible on a clear day.