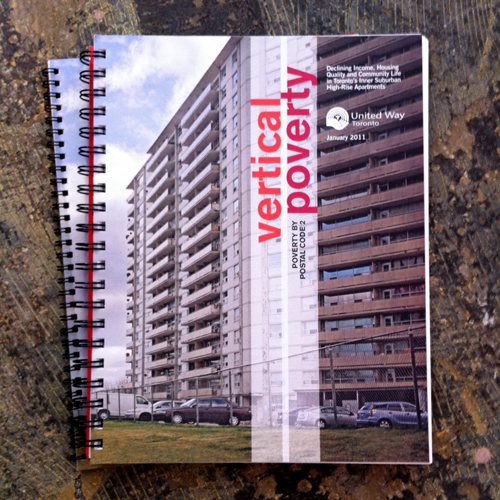 The United Way released the Vertical Poverty report today, outlining the current state of apartment – tower living in the GTA.

The report’s finding are based on several thousand interviews with tower residents, and contains important recommendations to improve the livability of apartment neighbourhoods. These findings and recommendations complement those found in Tower Neighbourhood Renewal in the Greater Golden Horseshoe, released in late 2010 and prepared by ERA and planningAlliance for the Government of Ontario.

Visit the Vertical Poverty website, where you can download the full report and/or the executive summary in PDF format. 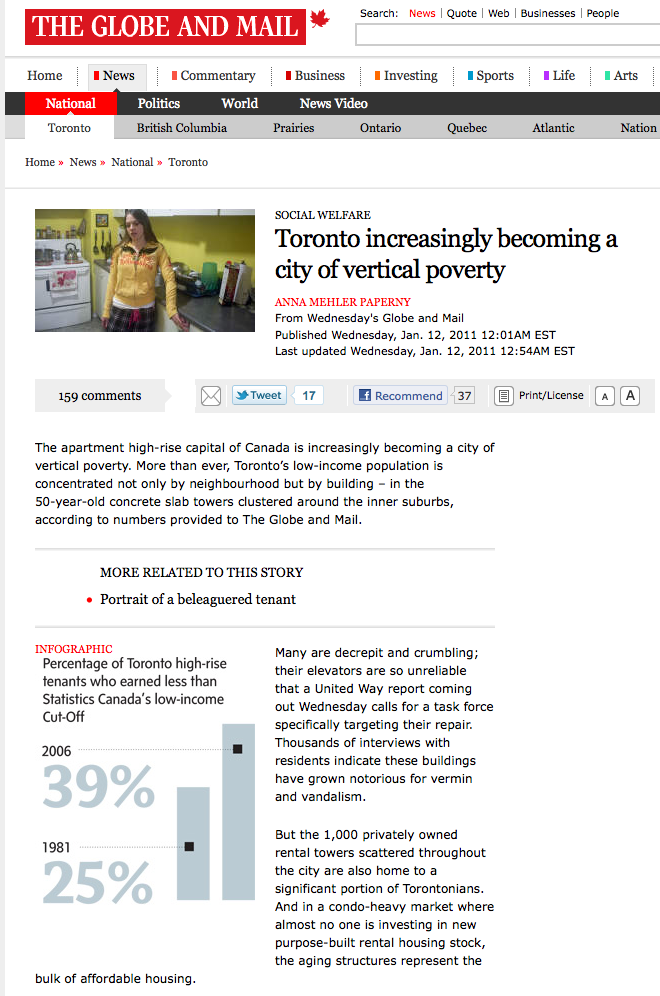 Summary articles related to the report can be found in the Globe and Mail, and the Toronto Star.