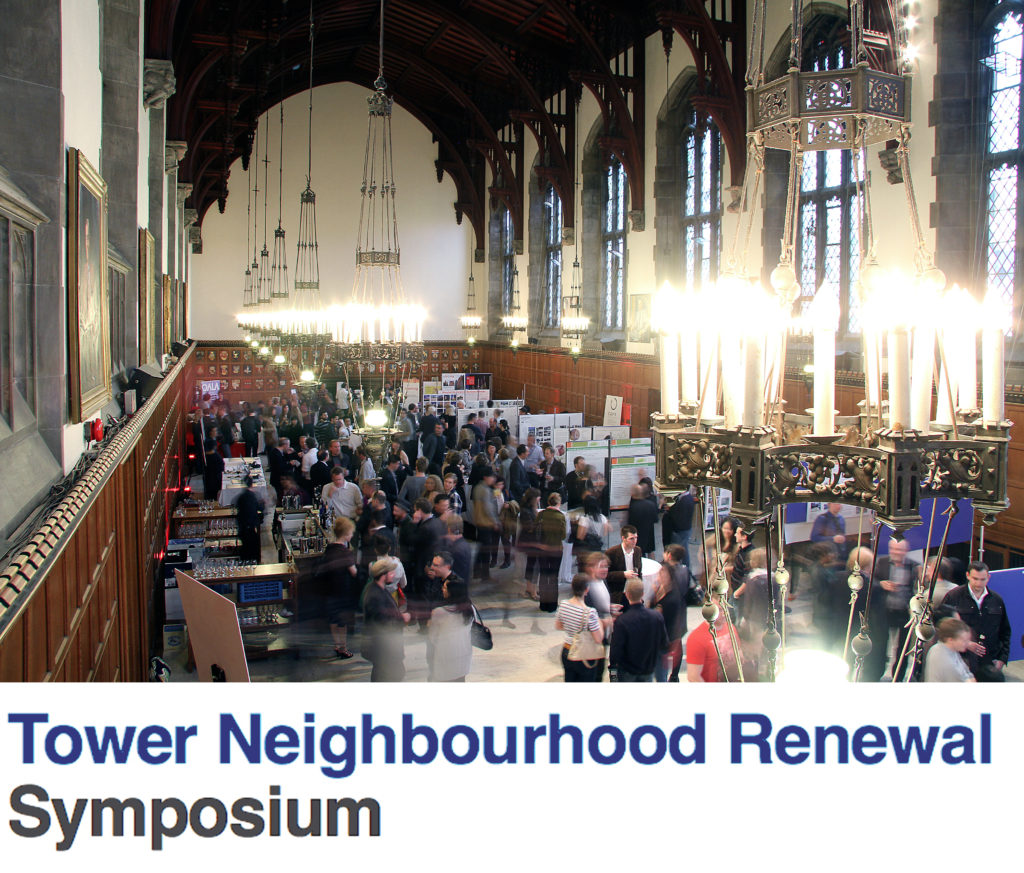 The second Tower Neighbourhood Renewal symposium, presented by ERA Architects, the University of Toronto Cities Centre, and the Tower Renewal Office, was held in May 2011, in conjunction with the annual Toronto the Good party.

The symposium featured a broad range of international and local speakers, a panel discussion and a poster expo that continued into the party. The following post outlines the day’s events, and provides links to download much of the presented material.

The aim of the symposium was to showcase the wide range of research and initiatives currently taking place, and create a forum for the communication of ideas between the groups as the initiative moves forward.  The symposium was a rousing success, attracting the attention of not just professionals from the field, but the public at large, with the event filled to capacity, and over 100 people listening from outside – our apologies.

…“Toronto[‘s] Tower Renewal Programme is one of the leading city retrofit and regeneration projects in the world. The objective, to relieve urban poverty through improved accessibility, job creation and improved local quality of life whilst reducing greenhouse gas emissions, is an inspirational model”…

It started with a presentation by Susan McIsaac, President and CEO of the United Way, focusing on the findings of their groundbreaking report  Vertical Poverty. This was followed by keynote speakers Peter Head and Professor Frank Wassenberg, and ending with Eric Green and Charles Beatty, from GreenWin and the San Romanoway Revitalization Association showing local successes of tower neighbourhood revitalization in Toronto’s Chalk Farm and San Romanoway Neighbourhoods.

As Global Director of Planning for Arup, and Chairman of the UK’s Institute for Sustainability, Peter Head is involved in sustainability projects around the world. He has even lent his expertise to Toronto’s Tower Renewal Project through involvement in the Tower Renewal Community Energy Plans workshop with the C40, as well as as a peer reviewer for Tower Neighbourhood Renewal in the Greater Golden Horseshoe Report. We are grateful for Peter’s continued support for the initiative as it unfolds.

Professor Frank Wassenberg is a Senior Researcher at TU Delft in the Netherlands, and is a leading expert in European renewal of post-war tower blocks, with specific focus in the large initiative in Amsterdam’s Bijlmermeer Neighbourhood.  You can read more about the Bijmermeer in CUG+R’s International Best Practice Report. Prof. Wassenberg has long been involved with Toronto’s Tower Renewal, providing tours of the Bijlmermeer to researcher at ERA and CUG+R in 2006 and 2009. We returned the favour with tours of Apartment Neighbourhoods throughout Toronto during his visit. 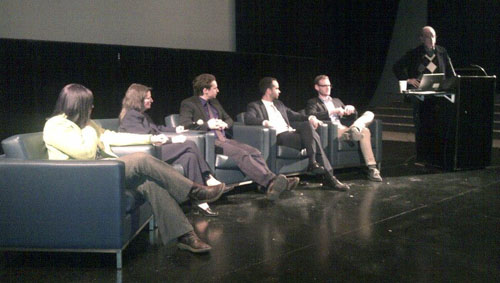 Following the presentation, the speaker’s assembled for a panel discussion, moderated by Eric Miller of the University of Toronto, and featuring both Peter Head and Professor Wassenberg, as well as Paul Bedford, Adjunct Professor with the University of Toronto and Ryerson University and former chief planner at the City of Toronto, David Burnett, a Principal at Burnett Pollock Associates Architects, Anne Gloger, Principal at East Scarborough Storefront, and Peter Love, President, Energy Services Association of Canada.

Poster’s presented by ERA and CUG+R can be downloaded below.

Many of the additional posters are featured on the University of Toronto Cities Centre website. 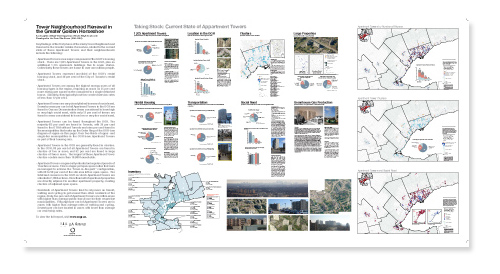 The Tower Neighbourhood Renewal in the Greater Golden Horsehoe report poster (1) can be downloaded here (Large File). More information related to this report can be found here. 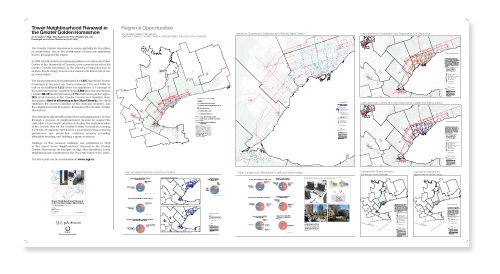 The Tower Neighbourhood Renewal in the Greater Golden Horsehoe report poster (2) can be downloaded here (Large File). More information related to this report can be found here. 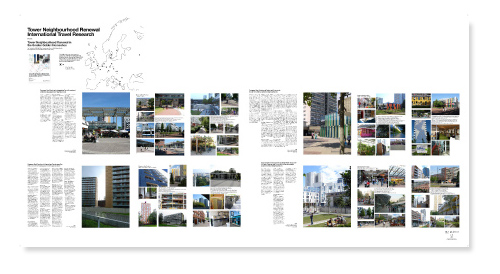 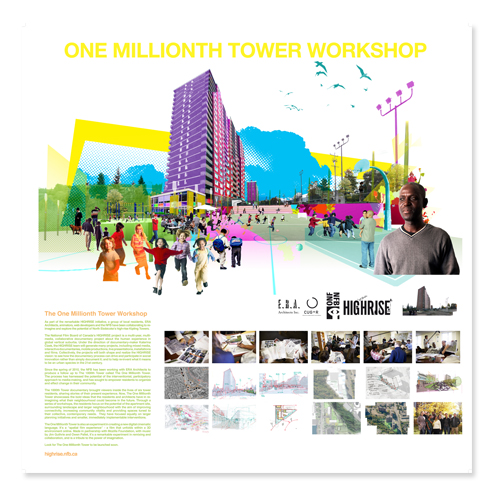 One Millionth Tower poster can be downloaded here. 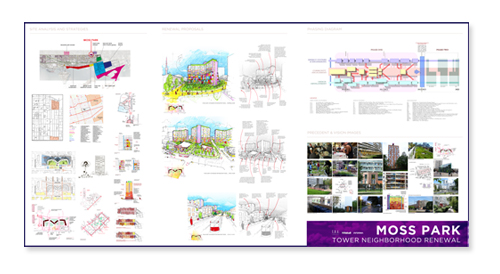 The Peanut Intensification poster can be downloaded here. A post related to this project can be found here. 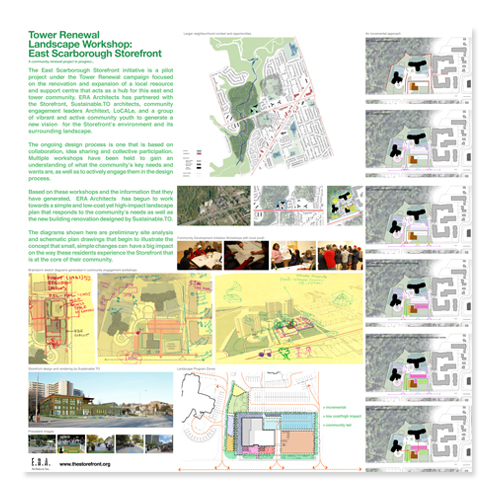 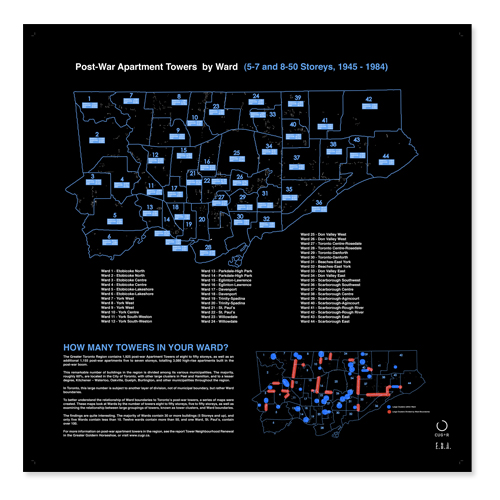 Towers x Ward poster can be downloaded here. A related post can be found here.