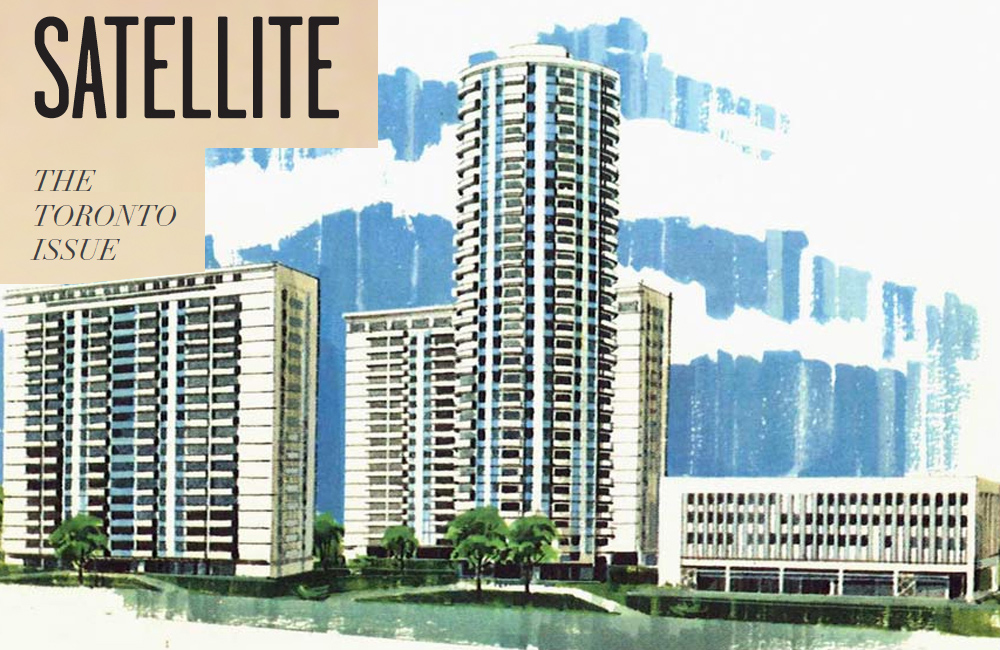 The article compares Toronto’s two high-rise housing booms, which have generated housing in volume and distribution unlike anywhere else in North America: first, the suburban tower boom in Toronto’s post-war period, and next the contentious condo boom of recent years.

In both cases urban form and infrastructure have changed radically in a short period for an immediate purpose. The challenge occurs in ten or twenty years’ time as the city’s needs change: Do these built forms have the resiliency and flexibility to be adapt?

Read the full article at satellitemagazine.ca.

Satellite is a Toronto-based biannual magazine focusing on cities, culture, and politics. Each issue features an in-depth look at a single city, alongside interviews, art, and nonfiction, but also brings in topics of international interest.

The current issue of Satellite features Noam Chomsky on drones, an interview with Matthew Blackett of Spacing, and many other articles of interest. It will be available at Word on the Street on Sept. 22, and at a launch party to be determined soon.