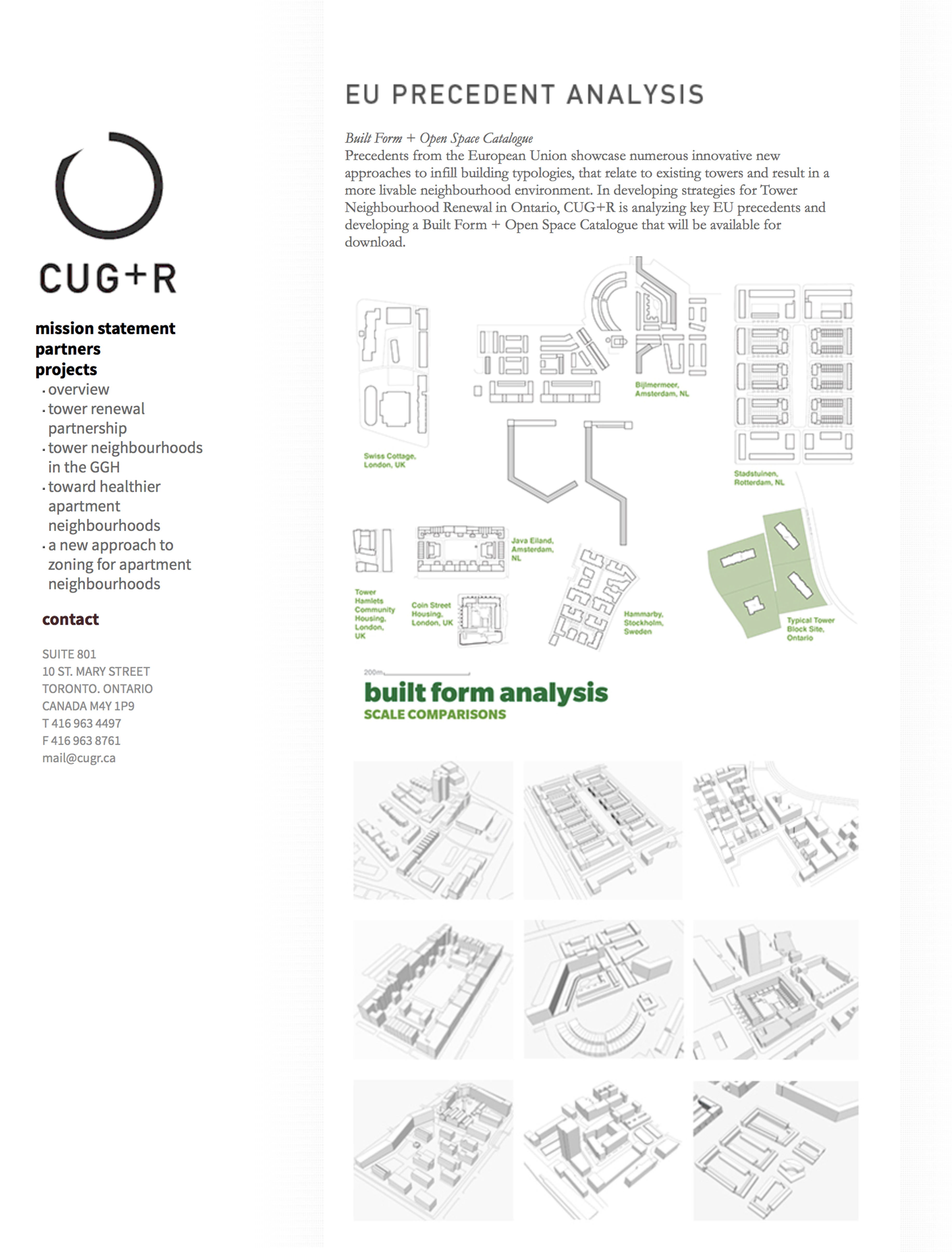 ERA Architects and planningAlliance launch the Centre for Urban Growth and Renewal (CUG+R).

CUG+R is a non-profit research organization formed in 2009 to conduct cross-disciplinary research to further knowledge about the creation and renewal of sustainable urban, suburban and rural environments in Canada and elsewhere. CUG+R’s objective is to develop research to enhance public policy and promote private initiatives that foster City Regions and local communities that are: well planned and designed, economically vibrant, socially diverse, culturally integrated and environmentally sustainable.

CUG+R officially launched in December 2010 with the release of Tower Neighbourhood Renewal in the Greater Golden Horseshoe, a report jointly repared by CUG+R’s founding partners, ERA Architects and planningAlliance, and the launch of cugr.ca.

Cugr.ca will showcase research work the founding firms have undertaken together and individually, as well as those of partners, collaborators and, increasingly, work unique to CUG+R as it continues to expand and evolve.

CUG+R also works in collaboration with the Cities Centre at the University of Toronto; an umbrella organization that combines researchers from the University’s urban focused faculties to engage in projects that affect positive change in the Toronto region and urban Canada.