As announced recently in the Evergreen CityWorks’ Intersection Magazine, the Centre for Urban Growth and Renewal is teaming up with Evergreen CityWorks and Derek Ballantyne (CEO, Community Forward Fund) to engage in new initiatives in Tower Renewal. The purpose of this Tower Partnership will be to develop feasible funding and implementation strategies for a series of Tower Renewal sites in the GTA, working with project partners City of Toronto, United Way, Metcalf Foundation, Toronto Atmospheric Fund and more. The ultimate goal is to provide usable new models for revitalization as hundreds of tower communities across the region begin exploring the possibilities of new RAC zoning and other tools.

Below, please see more detail on the new initiative, as published in Intersection, v1n1: 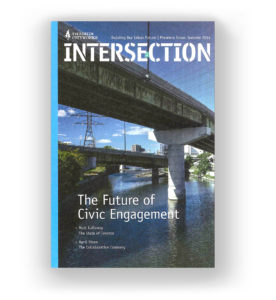 by Graeme Stewart and Derek Ballantyne

Nearly 1 million people in the Greater Golden Horseshoe live in concrete residential towers, many of which are in dire need of repair.

Built between the late 1940s to early 1980s, and often energy inefficient, thesetowers comprise roughly 20 percent of Toronto’s total housing stock, and many of them are now in dire need of repair. Tower renewal initiatives in the region aim to transform these inefficient buildings into complete communities. 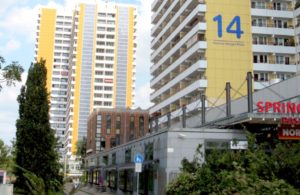 The Tower Renewal vision was launched in 2007 by Graeme Stewart and Michael McClelland of ERA Architects. Further developed through the Centre for Urban Growth and Renewal (a research vehicle for Tower Renewal formed by ERA and planningAlliance in 2009), and the City of Toronto, the Tower Renewal vision has three basic facets. First is an energy retrofit of existing buildings. Then increased social and economic opportunities within tower neighbourhoods are developed to improve livability for renters and their surrounding communities. And finally, there is better integration of tower neighbourhoods into their surrounding communities and the City at large through mixed-use infill development, better use of the green space around these towers and improved transit connections to and from these neighbourhoods. Together these measures offer the transformation of currently isolated, energy inefficient and often socially marginalizeddormitories into dynamic, integrated and low- carbon community hubs across the City. 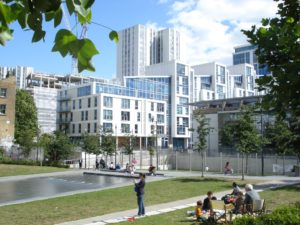 Retrofit of apartment block to include mid-rise housing and commercial, London, UK, 2006

The Centre for Urban Growth and Renewal is partnering with Evergreen CityWorks and Derek Ballantyne to help bring this vision to life. Our goal is to work with partners to create three Tower Renewal Showcase projects. We aim to test a new financing model for a site renewal. Our theory is that by using some of the innovative energy retrofit financing tools and adding new housing to a site, other much-needed improvements can be funded. We are currently working with building owners across the region to identify three sites that have the potential to be Showcase projects.

The Tower Renewal vision has the potential to integrate social, environmental and economic investment in these tower neighbourhoods across the city and beyond. Many pieces of the vision are underway through great work from Toronto Atmospheric Fund, United Way Toronto and others.

Graeme Stewart is an Associate at ERA Architects and a founding director of the Centre for Urban Growth and Renewal.

Derek Ballantyne is the former CEO of Toronto Community Housing Corporation. He is now a principal at DKGI Inc. as well as the leading the Community Forward Fund.