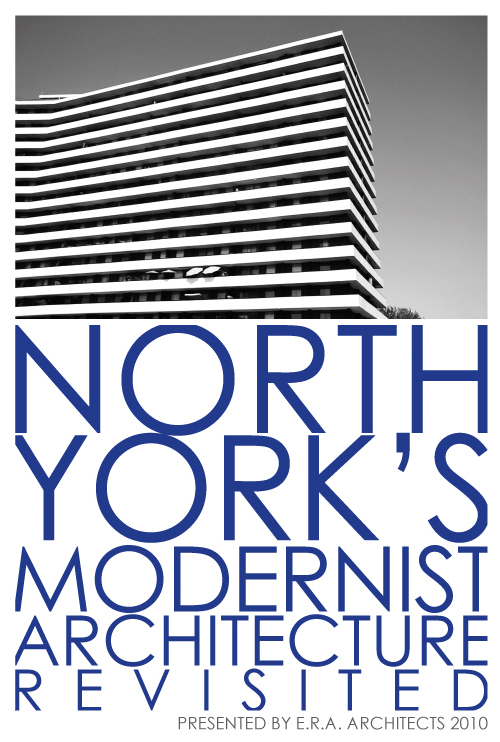 The booklet includes new photographs of the over 200 buildings showcased in the original inventory, plus additional notable buildings built between 1945 and 1981 in North York. Included are many of North York’s finest examples of modern tower housing.  Also included is a proposed heritage policy strategy, biographies of several prominent architects, and an essay on North York’s modernist beginnings.

This document is an extension of and complements ERA’s 2009 reprinting of the original 1997 report and inventory.

Download the full 2010 edition of North York’s Modernist Architecture Revisited in PDF format.  This file holds the colour version of the hard-copy booklet.