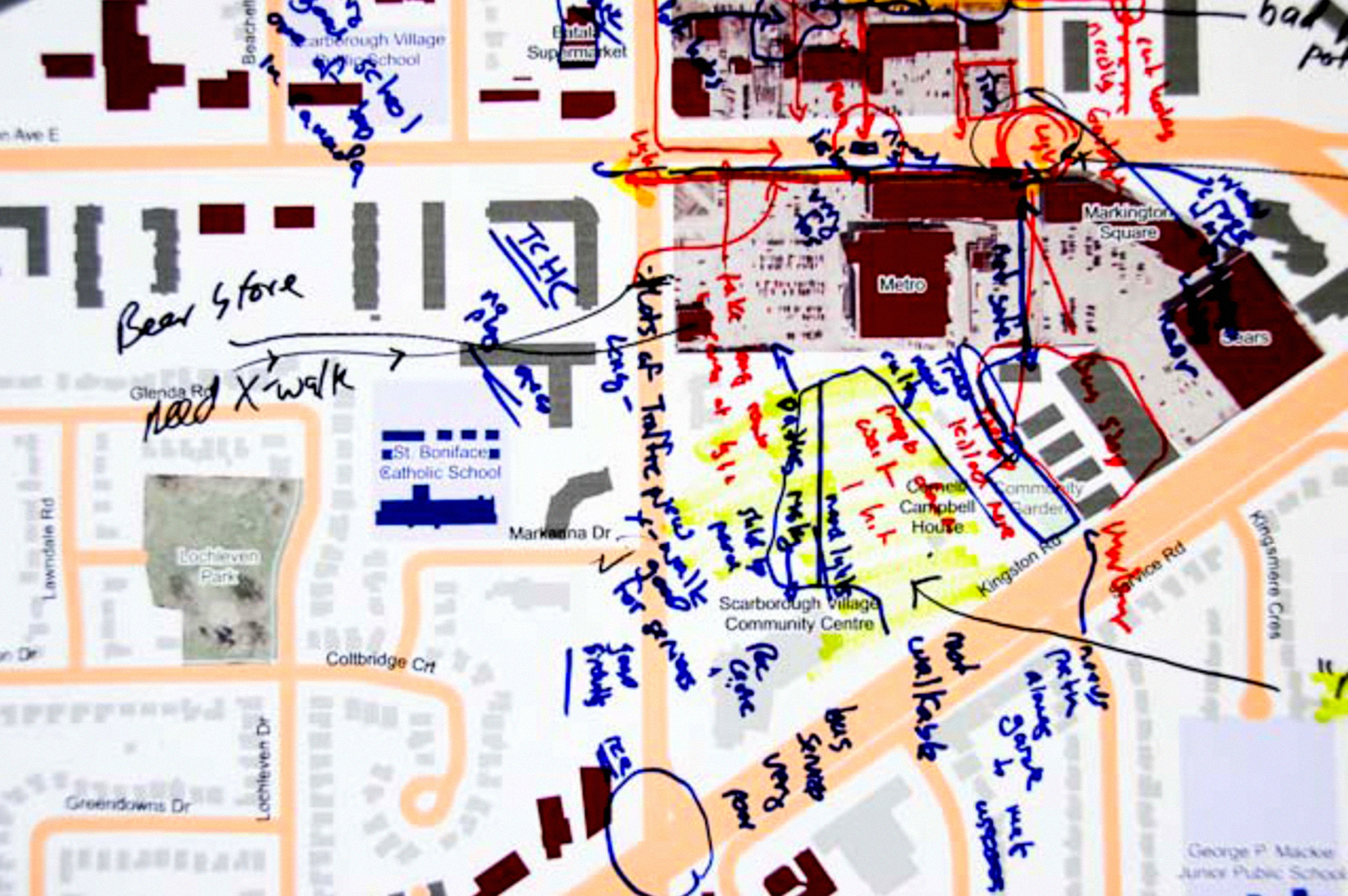 Building on the arguments Jane Jacobs espoused more than 40 years ago, the importance of creating good places for people to walk is now increasingly being recognized by transportation experts, health advocates and public officials.

These discussions, however, are usually focused on downtown areas or new developments in the outer suburbs. This study is intended to put more focus on the many people living in Toronto’s inner suburbs. An ongoing walkability study of eight neighbourhoods with large concentrations of high-rise apartments in Scarborough, North York, and Etobicoke has currently completed more than 30 focus groups with residents. 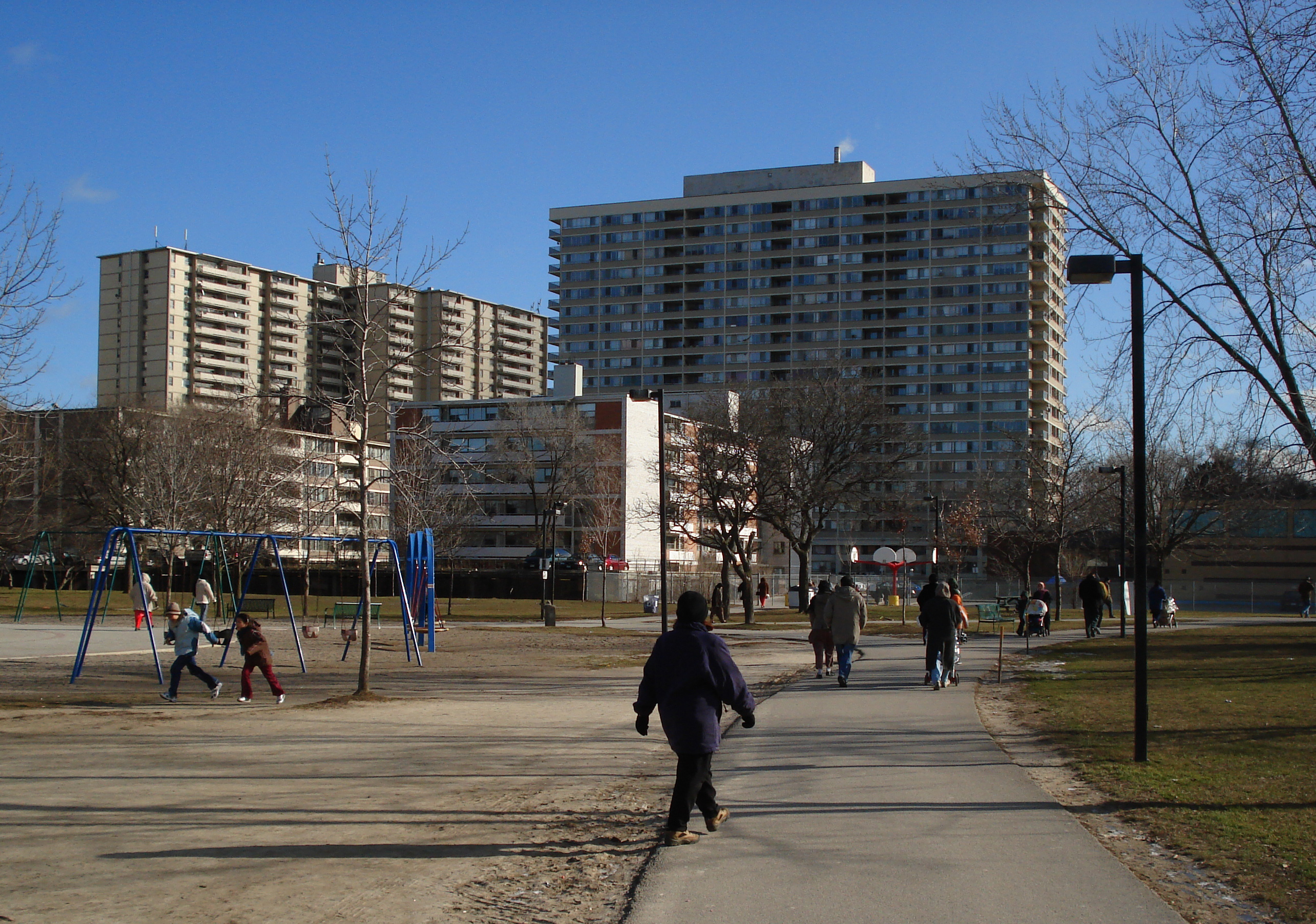 We use three basic methods:

1. a facilitated walk with groups of residents to allow them to talk about their neighbourhoods and the types of places and facilities they use and how they work;
2. a short individual survey that asks about where and how often people walk to carry out daily activities like
shopping and going to the bus stop;
3. and a facilitated social mapping exercise where residents talk about the walking environments in the neighbourhood as a whole as their ideas are recorded on a shared community map. 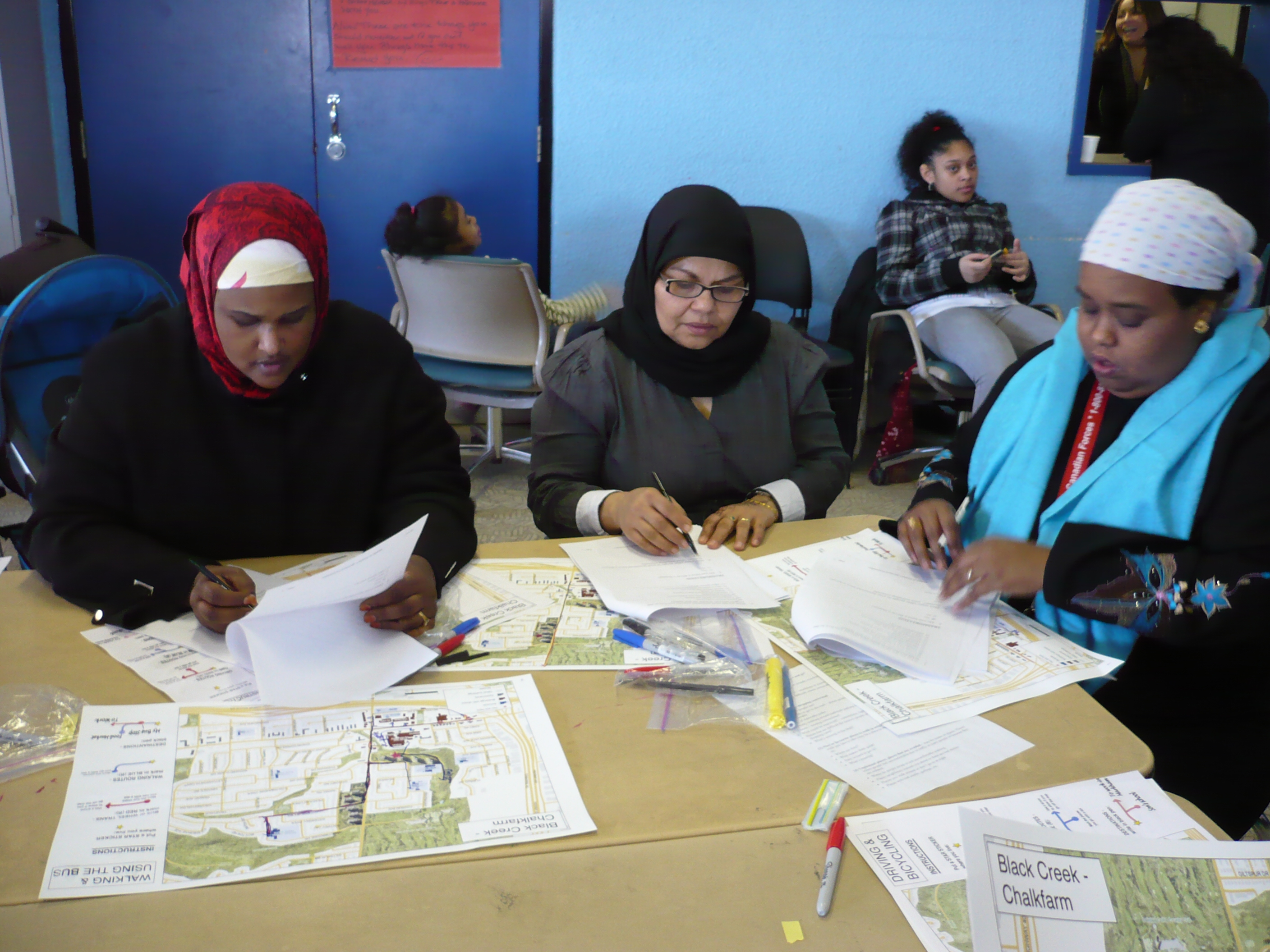 Focus groups revealed that despite images of the auto-dependent suburbs, residents are highly reliant on walking and transit to make their regular trip to the grocery store, to work, or to school. Two-thirds of participants report getting most of their errands and shopping done locally, mainly on foot.  In the case of grocery shopping, for instance, about 50 percent of participants say they rely strictly on walking to get their groceries and in some areas, more than 90 percent of respondents say they walk their children to school. 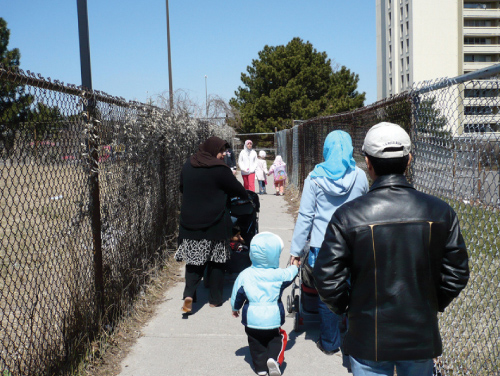 Thousands of people are getting around on foot in parts of the city conceived of as car-centred suburbs. Their healthy and resilient behaviours in the face of hostile walking conditions should be supported and encouraged with pedestrian infrastructure upgrades and a re-think on arterial traffic priorities. 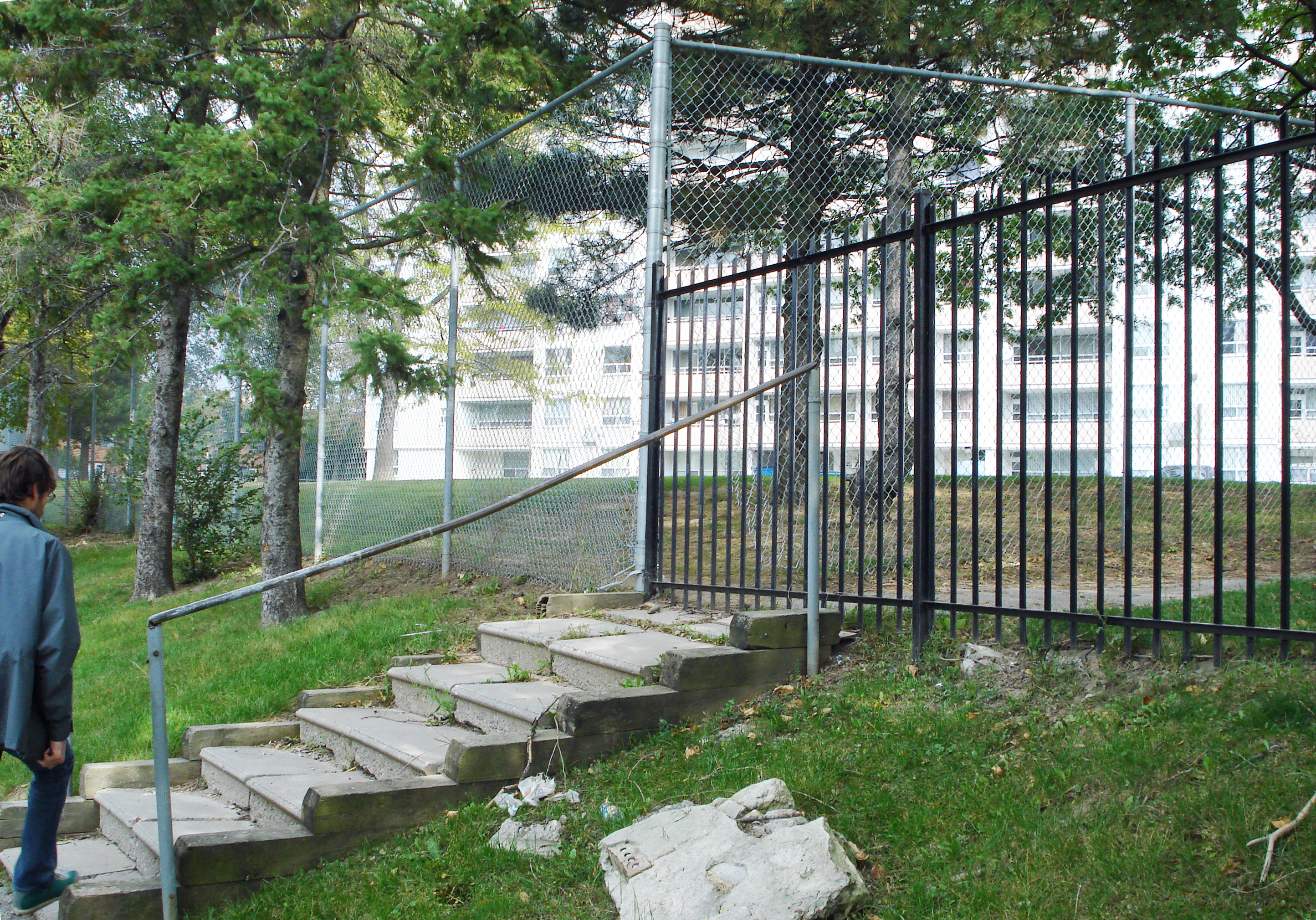 Walkability Studies have been conducted for: