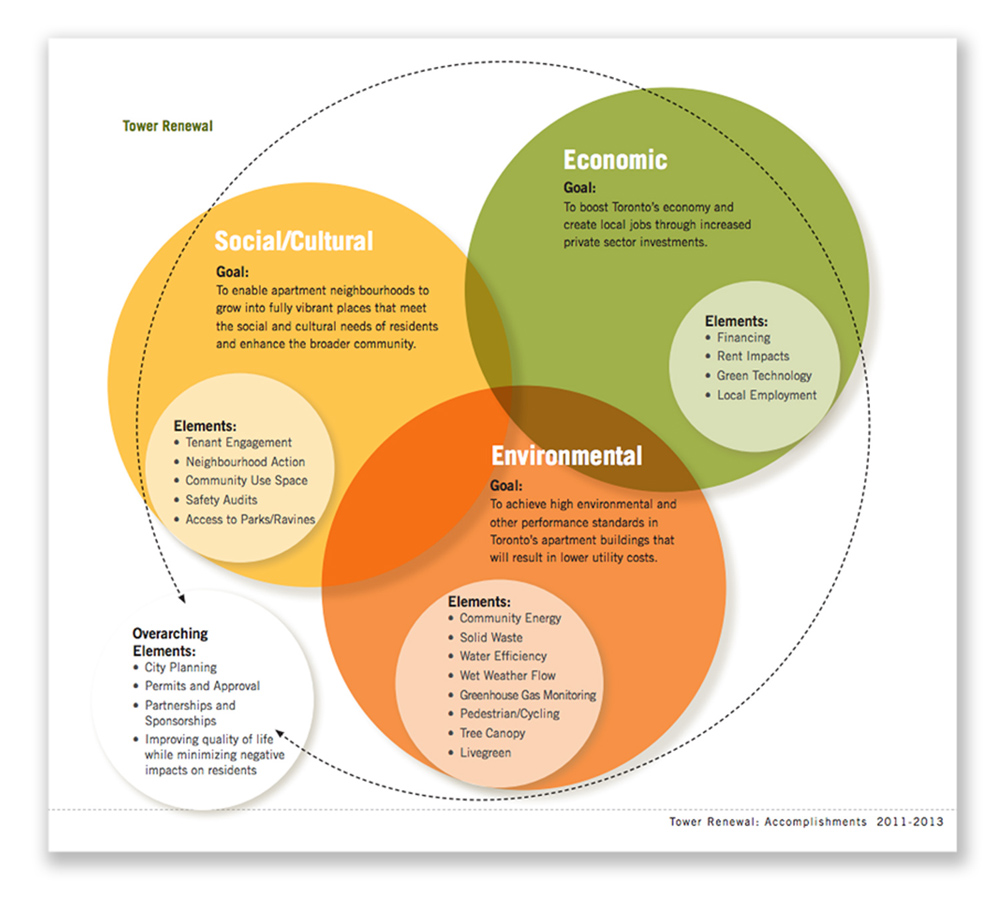 The City of Toronto’s Tower Renewal Office (TRO) recently published two new reports describing the project’s accomplishments in the last two years, as well as future goals that were adopted by the City of Toronto’s Community Development and Recreation Committee in Sept. 2013.

The two reports show TRO’s impressive outreach to over 300 buildings in the City, with plans for engagement, assessment, and action in many more in the years to come.

Taking advantage of new zoning to be initiated in 2014, and paired with efforts by partners such as United Way Toronto, Toronto Public Health, the Greater Toronto Apartment Association, and local community partners, apartment neighbourhoods across the city are poised for positive change.