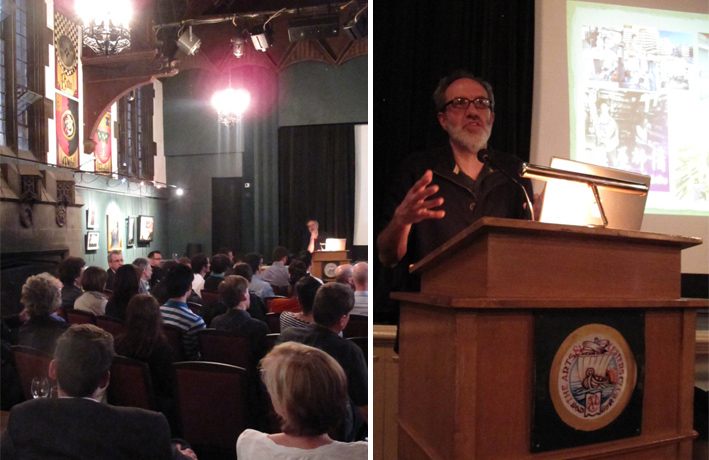 In May 2012, ERA hosted Miles Glendinning of the University of Edinburgh for a research tour of Toronto’s modern tower blocks and a public lecture at the Arts and Letters Club entitled “Hundred Year’s War: A Century of Mass Housing ‘Campaigns’ Around the World.”

Miles is director of the Scottish Centre for Conservation Studies and chair of Docomomo International Committee on Urbanism. He is the author of several books including Architecture’s Evil Empire (Reaktion, 2010), a concise history of modern architecture from the late 19th century onwards and a candid look at the development of architectural practice at the turn of the 21st Century. He is also the co-author of Tower Block (Yale University Press, 1994), a definitive text on post-war mass housing in the UK, and continues to research, catalogue and advocate for the preservation of tower blocks globally, from Rio, to Tallinn, to Singapore.

When our collaboration began in 2006, Miles was surprised to learn that Toronto contained a large number of post-war tower blocks – particularly in the suburbs – as this is indeed at odds with the typical pattern of North American development. To further the conversation and bring this phenomenon to an international audience, ERA later contributed the article “The Suburban Tower and Toronto’s Legacy of Modern Housing” to Docomomo Journal 39 – Post-War Mass Housing, edited by Miles. 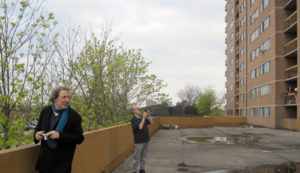 It was our hundreds of urban and suburban tower blocks that drew Miles here in May 2012. His insights into the international context for their history continue to be invaluable to the Tower Renewal Project here in Toronto; it was our great pleasure to host Miles, and we look forward to future collaboration.