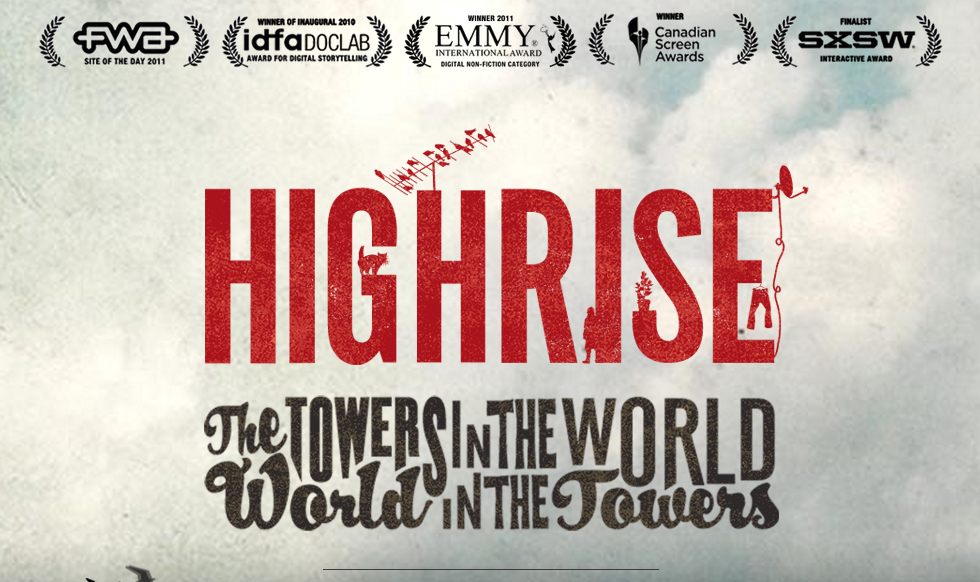 Last week the NFB’s Highrise: One Millionth Tower won a Canada Screen Award for “Original Program Produced for Digital Media, Non-Fiction.” ERA and the Centre for Urban Growth and Renewal (CUG+R) had the pleasure of working with the NFB on this remarkable series, directed by Kat Cizek, which examines the current conditions and future potential of post-war high-rise living around the world.

For One Millionth Tower, the team worked with residents of the Kipling Towers Neighbourhood in northwest Toronto, to understand the opportunities and challenges of the neighbourhood, and to dream big about the neighbourhood’s future. These ideas were then interpreted and brought to life by animators, web designers, and the residents themselves.

Congrats to Kat, the NFB, and Toronto’s tower neighbourhoods!