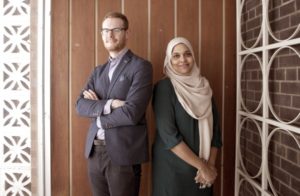 The 2014 Jane Jacobs prize has been awarded to Graeme Stewart of ERA and Sabina Ali of the Thorncliffe Park Women’s Committee.

According to the creators and stewards of the Jane Jacobs Prize, Ideas that Matter and Spacing Magazine, this honour “celebrates individuals who contribute to the fabric of Toronto life in unique ways that exemplify the ideas of Jane Jacobs. The prize recipients reflect the diverse aspects of city life.”

Graeme has been awarded the prize for his years of work towards Tower Renewal in Toronto. ERA and the Centre for Urban Growth and Renewal have been collaborating on Tower Renewal initiatives with the City, United Way Toronto, Toronto Public Health, Scarborough East Storefront, Thorncliffe Park, University of Toronto, National Film Board, and other stakeholders to work towards safer, healthier, and more vibrant communities in Toronto’s tower neighbourhoods.

This week, in fact, we begin a series of public consultations to spread the word and solicit feedback regarding new RAC Zoning. RAC Zoning is an exciting change for the GTA that will open up new possibilities for what people are permitted to do on the street in “Apartment Neighbouhoods.” It will open up important possibilities for community initiatives and small businesses.

The prize will be officially awarded on Friday March 28th at Spacing Magazine’s Spring Launch. We hope to see you there.